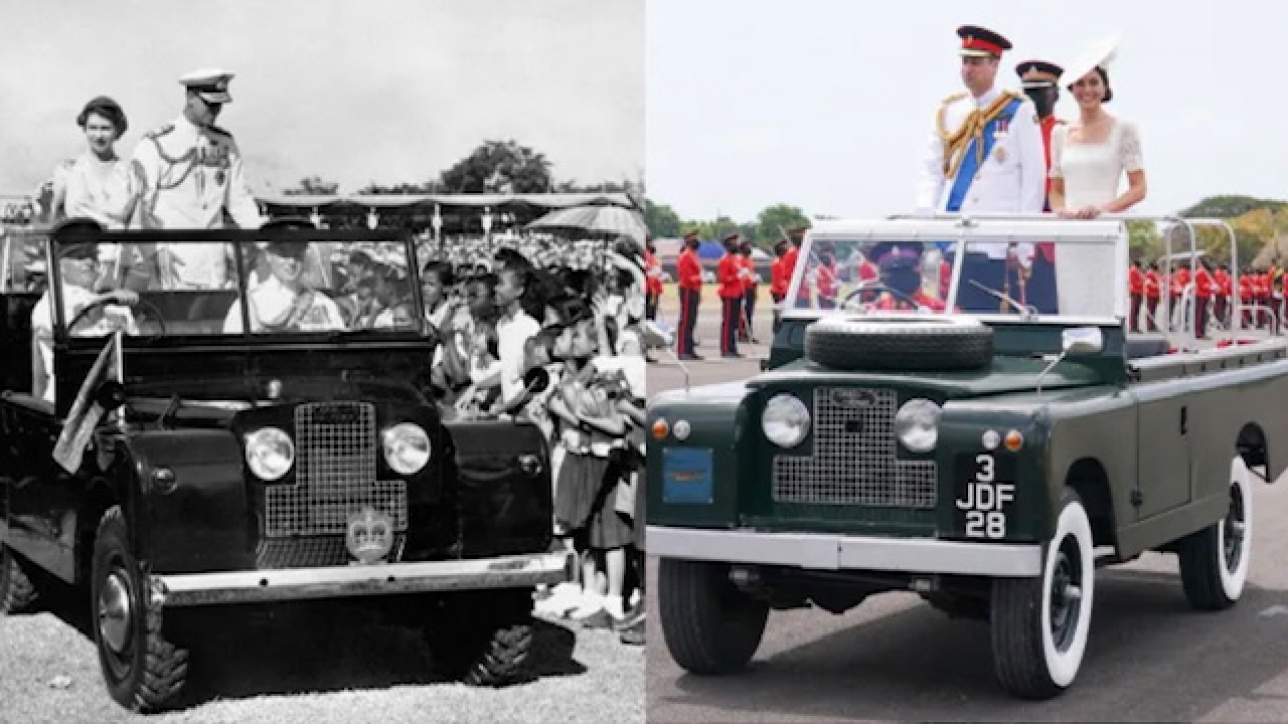 On 6th September 2022, Liz Truss visited an ailing Queen Elizabeth, requesting permission to form a government as the new Prime Minister.[1] Rewind 28 years and we witness our now latest PM petitioning for the abolition of the monarchy:

“Everybody in Britain should have the chance to be somebody, but only one family can provide the Head of State…We believe in referenda on major constitutional issues. We do not believe that people should be born to rule…” [2]

It is an ironic twist of fate that the Queen would pass away two days after appointing a new PM previously opposed to the crown and who is now effectively the most powerful woman in Britain. Such is the political state of affairs in our country where chameleon-like disingenuity trumps integrity in order to fuel career ambitions. Conspiracy theorists will be disappointed to note that this article will not assert the existence of some nefarious plot contrived to trigger the current trajectory of events. Instead, it will focus on the existing multifarious historic and contemporary parallels that continue to collide as we witness the end of one era – Elizabethan – and commencement of a new Carolean age.

It comes as no surprise that the UK has almost drawn to a standstill since Queen Elizabeth’s death and, as the country observes 10 days mourning for the longest reigning monarch the country has ever known, the sense of loss leading up to her state funeral will become even more palpable. The overwhelming public sentiment towards the late Queen is undoubtedly one of affection, as highlighted by Boris Johnson during his eulogy in parliament recently, recalling that she personified:

“…how to give, how to love and how to serve” [and was the] “greatest statesman and diplomat of all.” [3]

Changing Currency: The Flip Side of the Coin

The above sentiments constitute largely romanticised perspectives of the monarchy; however, they are not the only ones. In stark contrast to the patriotic tide sweeping many parts of the country, as well as much of the Commonwealth, an existing undercurrent of antipathy is swelling due to the legacy of historic imperialist and colonial permutations that continue to adversely impact many today:

“In 1833, Britain used 40% of its national budget to buy freedom for all slaves in the Empire. Britain borrowed such a large sum of money for the Slavery Abolition Act that it wasn’t paid off until 2015…

When the United Kingdom abolished slavery, the government compensated slave owners for the value lost from freeing enslaved people.” [4]

While this is a shocking reality, what is even more alarming is the refusal to acknowledge or accede to reparations for descendants from slavery:

“The pattern is clear. Reparations have been paid to those who profited from African enslavement, rather than those who were enslaved.” [5]

Invariably, there will be detractors to the above perspective, arguing that what transpired centuries ago is no longer relevant today. In response, author Reni Eddo-Lodge asserts;      “…it’s naive to think that the past has nothing to do with the shape of today.” [6]

(Un)Commonwealth: The Empire Strikes Back

“The Commonwealth is an organisation of 52 “independent and equal” member states. Despite this “independent” claim, the Commonwealth has imperial origins. Many of the member states are former colonies of the British empire…[It] emerged from post-WWII decolonisation, as a means of reassuring the British public that the demise of empire would not diminish Britain’s global prestige.” [7]

The reason for establishing this entity is unequivocally one sided and designed to preserve remnants of the so-called empire with Britain benefiting far more than its counterparts; namely, the former colonies:

“The role of head of the Commonwealth allows the monarch to continue their position of international privilege and influence, which stems from colonial histories.” [8]

Although the monarchy’s executive and legislative authority have significantly diminished over previous years, its existing societal status and amassed wealth are inextricably linked with its past. It continues to benefit on a number of fronts from its colonial past and slavery with existing royalty as sole beneficiaries. It should be noted that, in contrast to inherited wealth, inherited poverty and subjugation not only impact individual communities, but complete societies also. One need only witness the present socioeconomic plight of Haiti and juxtapose this with its immediate post-slavery legacy to understand the pervasive and devastating impact of imperialist policy designed to cripple former colonies:

“Haiti is one of the poorest nations in the world, and rich countries have their fingerprints all over the nation’s stunted development. The United States worked to isolate a newly independent Haiti during the early 19th century and violently occupied the island nation for 19 years in the early 20th century. While the U.S. officially left Haiti in 1934, it continued to control Haiti’s public finances until 1947, siphoning away around 40% of Haiti’s national income to service debt repayments to the U.S. and France…

Former colonial outposts, like Barbados were, therefore, within their constitutional right to renounce British rule to become a republic in 2021.[10] Others, like Antigua and Barbuda are also set to follow suit, announcing shortly after the Queen’s death, their intention to have a referendum within 3 years.[11] A question may arise as to why these countries have decided, somewhat belatedly, to embark on such an endeavour for complete independence from Britain. Revisiting Haiti and the challenges this fledgling society faced as it tried to develop will perhaps provide some insight:

“Haiti won its independence from France in 1804, and it was almost immediately made a pariah state by world powers. It was an independent, black-led nation — created by slaves who had cast aside their chains and fought their oppressors for their freedom — during a time when white-led nations were enforcing brutal, racist systems of exploitation around the world.” [12]

Any similar question of this nature can also be countered with an immediate rebuke; the UK’s constitutional right to embark upon its Brexit strategy following an extremely divisive, not to mention toxic, campaign proceeded without interference from external and more powerful nation states, so by extension, it should not interfere with or doubt the integrity of these smaller ones to pursue their own paths for greater independence and autonomy.

London: A Tale of Two Cities

The outpouring of grief was not only confined to Queen Elizabeth’s death. On 5th September, 23 year old Chris Kaba, was pursued in his car, surrounded by police and fatally shot in the head. Shortly afterwards, it was established that he was unarmed. Plans to marry his 22-year-old pregnant fiancé and welcome their first child early next year were destroyed:

“Mr Kaba died in hospital in the early hours of Tuesday after being shot following a chase with police on Monday night in Streatham Hill, south London.

The police watchdog, which is investigating the incident, said a single round had been fired by armed officers.

In a statement, the Met’s assistant commissioner Amanda Pearson confirmed: “The Independent Office for Police Conduct (IOPC) have announced that a firearms officer is now subject to a homicide investigation.” [13]

Subsequent media stories began to circulate regarding Mr Kaba’s past, alleging he was a gang member involved in criminality. However, despite serving a short custodial sentence for a previous misdemeanour, he had shunned his former circles and embarked upon academic studies alongside working towards a promising future with his soon to be wife. The death of yet another unarmed young black man in London, and the glaring disparities that remain prevalent in society today, must surely beg the following questions:

A peaceful protest for Chris Kaba, attended by hundreds, occurred at the same time as separate crowds quietly gathering around Buckingham Palace following the news of the Queen’s death. Protestors, including Mr. Kaba’s family, friends and celebrities marched through Trafalgar Square towards Scotland Yard, some wielding Black Lives Matter and No Justice, No Peace banners.[14] The optics of the two groups could not have been starker except for one unifying characteristic – sadness.

Conclusion: A King is only as good as his poorest subject

Queen Elizabeth II is already considered a hard act to follow and the new king, Charles III, is expected to continue much of his mother’s work while, at the same time, endeavouring to unite a fractured and (dis)United Kingdom on a macrocosmic scale, alongside repairing the rift between family members at microcosmic levels. The legacy of British imperialism can no longer be viewed through rose-tinted glasses; too much evidence exists illustrating that the basis for the country’s ‘success’ and ‘greatness’ have been at the cost of exploiting, subjugating and indeed, decimating other non-white societies and peoples. It is for these reasons many former colonies will not be lamenting the passing of the late Queen:

“Some have said the Queen’s diplomacy distracted from a less attractive reality: that Britain relinquished its colonies with reluctance and amid significant violence.” [15]

“To carry on his [King Charles’] mother’s work and confront the legacy of colonialism will require unique skills.” [16]

In order to instill confidence and trust, the new king and royal family must progress beyond the superfluity of gestures and tokenism. As one Indian nationalist cynically observed:

“The sun never set on the British empire because even God couldn’t trust the Englishman in the dark.” [17]

After all is said and done, if Charles III, the monarchy and what it represents will not or cannot induce a momentum of change in order to redress the adverse global impact of its enduring legacy, these recent events provide a sobering reality that we all face, sooner or later:

“The righteous will die and the wicked will die…

The brave who reject injustice will die, and the cowards who seek to cling to this life at any price will die…

The people of lofty goals will die,

And the people who live only for cheap enjoyment will die…

All will die because:

[5] Hirsch, A: ‘The case for British slavery reparations can no longer be brushed aside,’ The Guardian, 9th July 2020: https://www.theguardian.com/commentisfree/2020/jul/09/british-slavery-reparations-economy-compensation

[6] Ashford, J: ‘Should the UK pay slavery reparations and which institutions could owe money?’ The Week, 18th June 2020: https://www.theweek.co.uk/107290/should-uk-pay-slavery-reparations-who-could-owe-money

[15] Burke, J: ‘Personal ties, diplomacy and charm: King Charles will need them all to win over Africa,’ The Guardian, 10th September 2022: https://www.theguardian.com/uk-news/2022/sep/10/personal-ties-diplomacy-charm-king-charles-africa-colonialism?CMP=Share_iOSApp_Other

End of an Era: Mourning after the Knight Before September 14th, 2022Abdul Haqq